Expert Teenage Programmers set to take over the tech world

Teenage Programmers are fast becoming a norm, as technology is changing, employment models are becoming stale; Old status symbols like job titles, company cars and other perks aren’t attractive anymore. Instead, many workers are longing for freedom; happiness and purpose. With the progress in artificial intelligence, current types of jobs are declining which is creating new opportunities in technological sector particularly for developers and programmers etc.Programming has gone beyond being a hobby to a critical career skill

“When a country has the skill and self-confidence to take action against its biggest problems, it makes outsiders eager to be part of it “Bill Gates”. Youths i.e. Programmers are at the peak of contributing to the technological sector of the country thereby attracting more investors and problems are solved not only in the homeland but also worldwide

We have youths that are set to take over the technological sector in the country and Worldwide and also youths that have taken over with the likes of Nyemahame Allwell Worgu ,a 12 year old Nigerian Boy who is a certified Java programmer had an equal record set with another 12 years old Pakistani girl in mastering sun’s Java program, also he is part of the six Nigerians to represent the country at the upcoming computer Olympiad holding in Romania .

He also bared in mind urging youths to take chances addressing; I want to help and encourage people about things like this, because if they know about them, Nigeria will develop .Look at America, look at Britain, what is helping them today, is it not computers? Look at Singapore, this was a poor country, but just because of computers, they are growing in the world. Nigeria can get to such level if we try; there is no big deal about that.

However, platforms have been established to ensure that youths are taught programming languages such as PYTHON,JAVA,CSS,HTML etc, in order to contribute to the development of the country and Worldwide. Code Zone for Teens is one of the platforms created for learning programming languages, youth are brought together once again to learn ,have fun, be creative and majorly solve problems. As earlier explained here the concept of Code Zone is remarkable.

Code Zone for Teens program was initiated by the Director of Emerald Zone, Mrs.Akinloye ,a 3-week intensive program for youths to learn programming  languages to develop websites, software applications and many more. Recently, the first batch(Batch A) of the program ended successfully on 17th of August,2019 , presentations were held where parents and friends of teenagers got to see the end of the successful project completed by the students. The projects were developed based on their area of interest such as ;News, Music, Games, Event planning, Ebooks. The website names concluded by the students include;

Damilola:Dambook.com.ng,Philip:Philophodia.com,Tobi:Brooks.com.ng,Mark:Mcboss.com.ng,Temi:Tsport.com.ng,Aanu:Jummy.com.ng,Dunyin:Whatsupsport.com with the domain names hopefully to be bought soon

Knowing this ,you might be wondering if learning to code is something you should consider .If you’re still questioning why you should learn code, we’ve got some information you ‘ll be interested in. 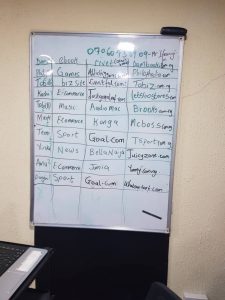 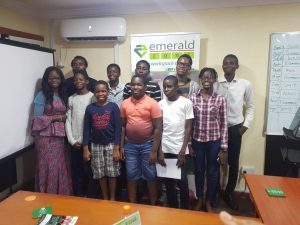 Code Zone for Teens Batch A 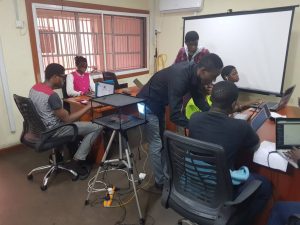 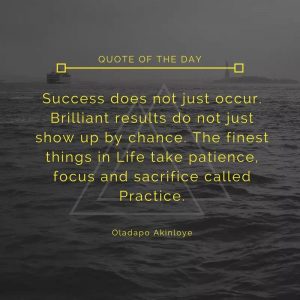 Every manager of resource understands that to earn dividends in the future,you must set aside something now in form of investments. To continually remain relevant and compete favorably in the marketplace, you must periodically engage in capability development and knowledge sharing. In August 2019, based on requests from interested participants in the North + East Regions of Nigeria, the Sales Masterclass Program will be running in Abuja and Enugu respectively. Join top notch industry professionals and subject matter experts who will be facilitating these sessions. Opportunities also for networking and post training mentoring and coaching by industry leaders. “If you’re not learning, while earning, you’re cheating yourself of the Most important part of your compensation” Invest today, earn dividends tomorrow. Details: emeraldzonemail@gmail.com Kindly share with a friend within those regions.